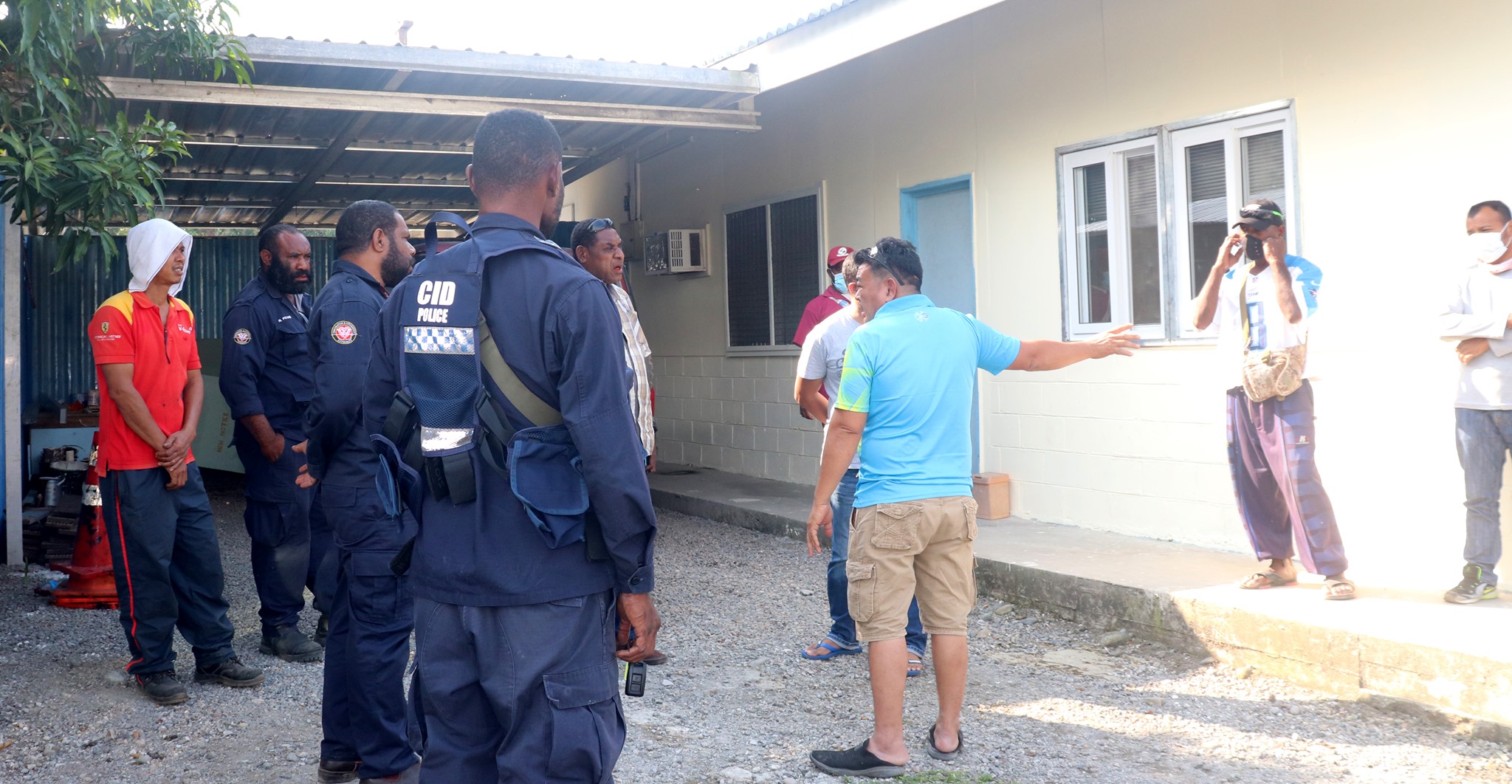 An Operation sanctioned by the PNG Immigration and Citizenship Authority (PNGICA) led by ICA’s Special Taskforce Coordinator John Bria is in Northern Province conducting Spot Checks. The team comprising immigration officers and Police Detectives from the National Fraud and Anti-Corruption Directorate are carrying out these checks to ensure foreigners are complying with the relevant immigration and other PNG laws.

Police investigators Under the current Terms of Reference for the ongoing Internal ICA investigation into the fake visa scandal are now assisting in this special engagement.

Northern is a significant province as it houses five (5) logging sites unlike any other province. The Special Taskforce has identified certain high hot spots areas and those areas will be investigated.

The operation is the beginning of a nationwide operation that has been sanctioned by the Minister for Immigration and Border Security, Hon.Westly Nukundi Nukundj as part of the Marape-Steven Government’s vision to Take Back PNG.

Minister Nukundj reiterated his message when taking office that no stones will be left unturned, he will ensure that past wrongs are corrected ,those found at fault held to account all with the vision of Taking Back PNG for our future generation.

“As promised when first taking office and in my Christmas massage a,complete overhaul in addressing mal-practices is needed to ensure productivity in PNG Immigration & Citizenship Authority and I as the Minister responsible we will ensure we give true meaning to the definition of ‘ Taking Back PNG ‘ from the Immigration and Border Security perspective.”, said Minister Nukundj.

“Immigration will enforce the laws to make sure that foreigners comply as we endeavor to protect our borders and more importantly encourage entry for genuine foreigners to facilitate trade and foreign investment to stimulate economic growth. There will be no more time for window addressing propaganda to conceal mal-practices but real change in the way we conduct Immigration business to our clients and stalk holders, said Minister Nukundj.

The team arrived in Popondetta on Tuesday the 18th of August 2020 and wasted no time by staring off with the closest logging site in Sambora, in Sohe District , (name of company withheld as investigations are continuing)

This inspection and check found out that a total of 30 foreigners mostly Indonesians and Filipinos employed by this Logging company did not have proper documents. They were alleged to be in possession of fraudulent visa and work permit documents and the Special Investigation team has questioned process of them attaining these documents.

After much interrogation and interview the team has found that the majority of these foreign employees under job titles as Supervisors, Mangers, Engineers and Technicians can hardly speak or understand English, a mandatory in obtaining work visa.

Mandatory in obtaining work permits and hence visa. Some of the positions are designated as graduate levels and surprisingly some of them cannot speak and write proper english corresponding to the qualifications submitted to obtaining the work and entry permits.

Detectives involved in the investigation suspected a massive fraud involving both foreigners, agents and Government officers. Investigations are continuing The first spot check also found that two companies, operated out the same area. Further checks revealed that the two companies did not have relevant documents to conduct business.

There were also evidences of unregistered excavators, bulldozers and vehicles operated by these companies.

All concerned foreigners with questionable government documents will be arrested and charged criminally for being in possession of fraudulent documents.

The investigation team has summoned these two companies to bring in their agent who is said to be the point of contact between the companies and government agencies responsible for issuing work permits and visas, the PNG Immigration and Citizenship Authority and Labour Department.

Meanwhile Northern Governor Gary Juffa while welcoming the team into the province said such investigations are essential as government laws and policies must be enforced thoroughly and those affected must be compliant with our immigration and border security laws. Governor said those found to be abusing our laws must be dealt with accordingly so effective enforcement in itself becomes a deterrent to would-be abusers of our immigration laws and protocols.

The Governor further stated that this was particularly important during the current COVID 19 global crisis as we as a nation must ensure that foreigners have legitimate documents that confirms their residency and business status in the country.

The team will continue its investigations in other hot spots in the province.

The new National Development Bank (NDB) MSME Credit Facility is set to roll out after the Memorandum of Agreement (MoA) was signed with the Department of Commerce and Industry (DCI) in Port Moresby recently to enable small businesses access to funding. 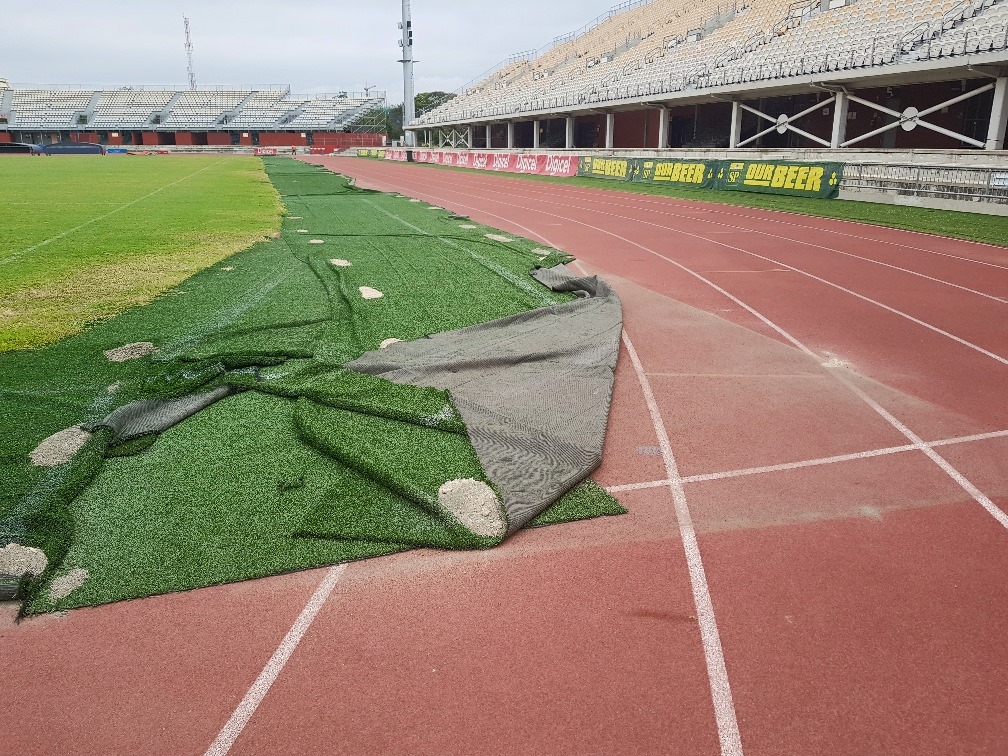 Athletics PNG have expressed grave concerns to the Management of the Sir John Guise Stadium about serious damage to the track caused by measures taken to prepare the field for Rugby and Soccer Games. 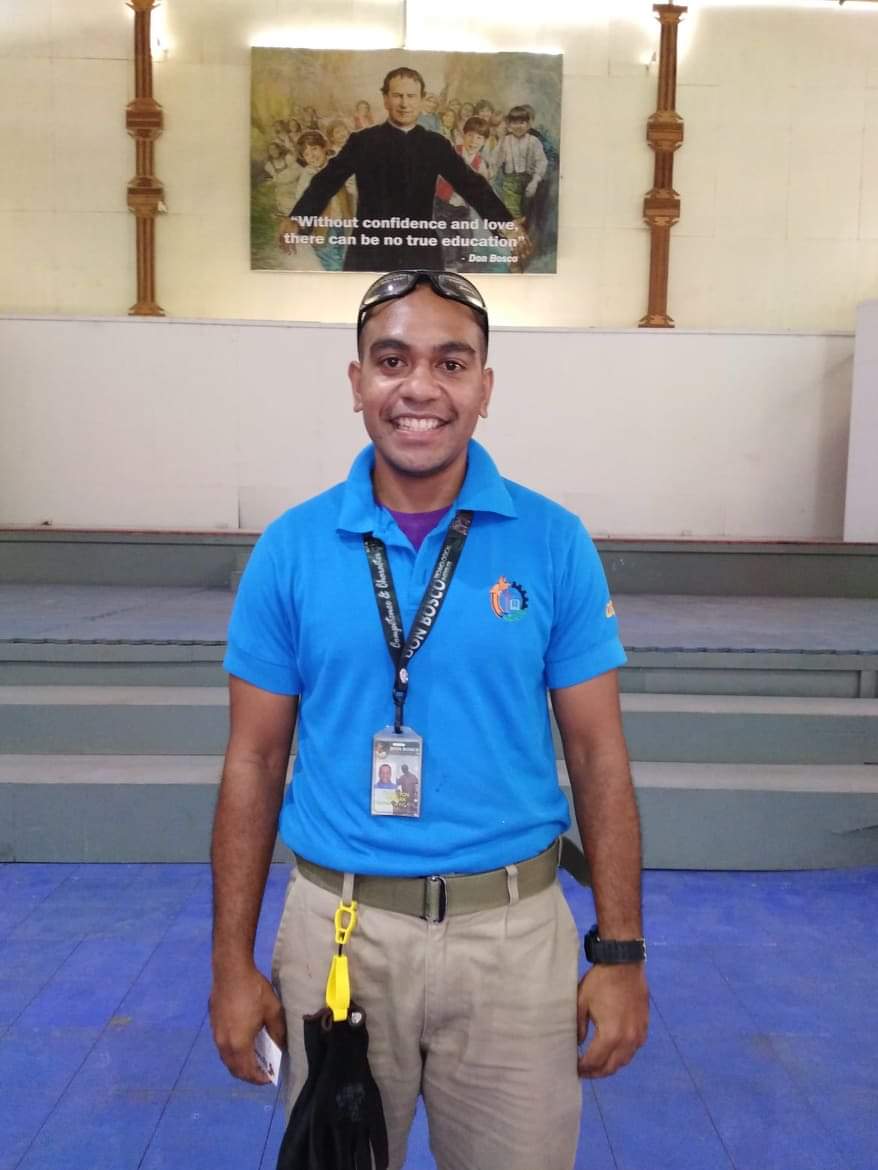 A final year student of the Don Bosco Technical Institute in Port Moresby got a pleasant surprise this week after he was unexpectedly offered a job by the Remington Group CEO for answering on question during the launching of the Group’s Scholarship Program. 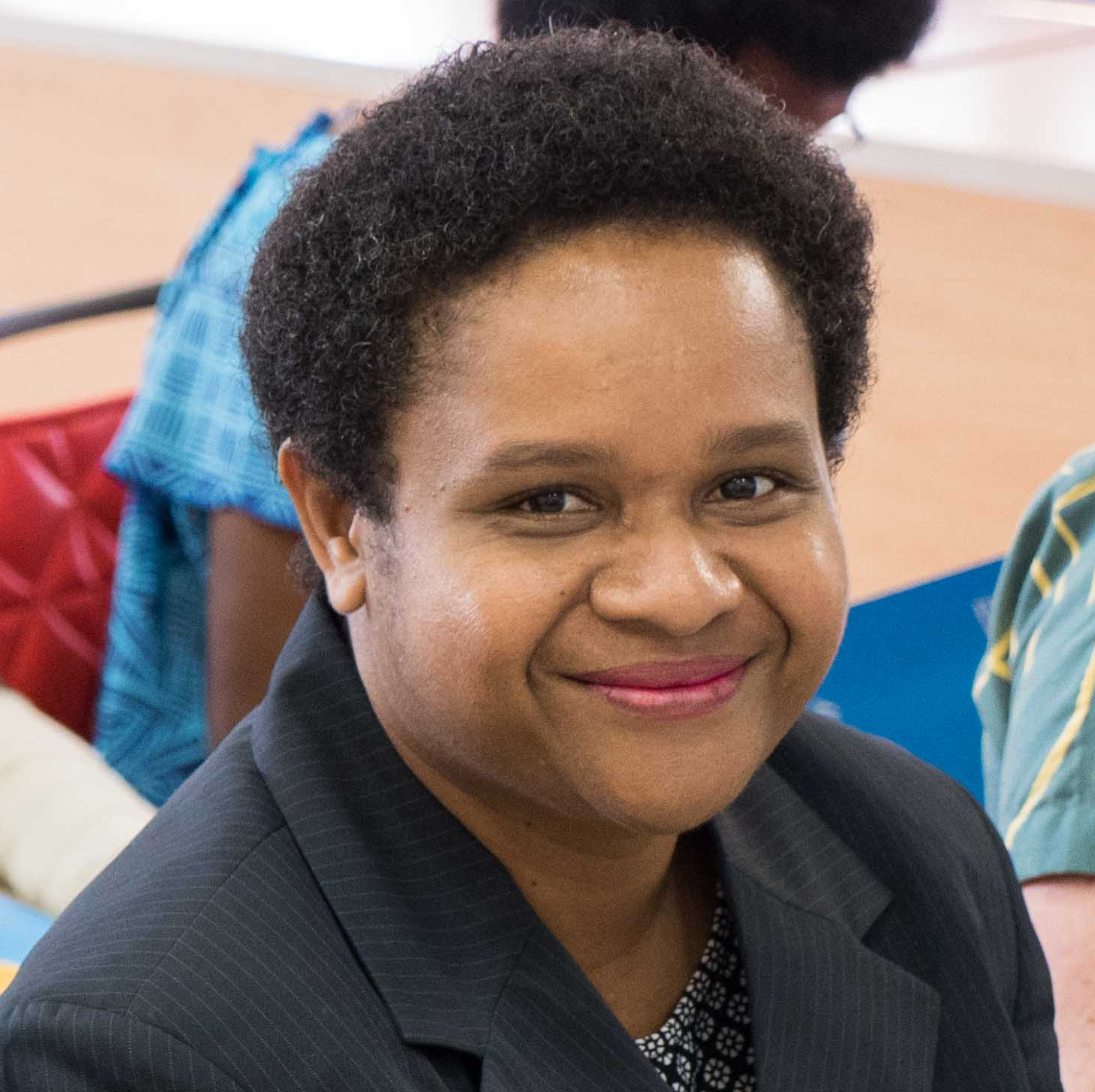 Secretary for Department of Personnel Management Ms Taies Sansan has described the stop work threats made by the Medical Laboratory Technical Personnel Association (MLTPA) as unjustified. 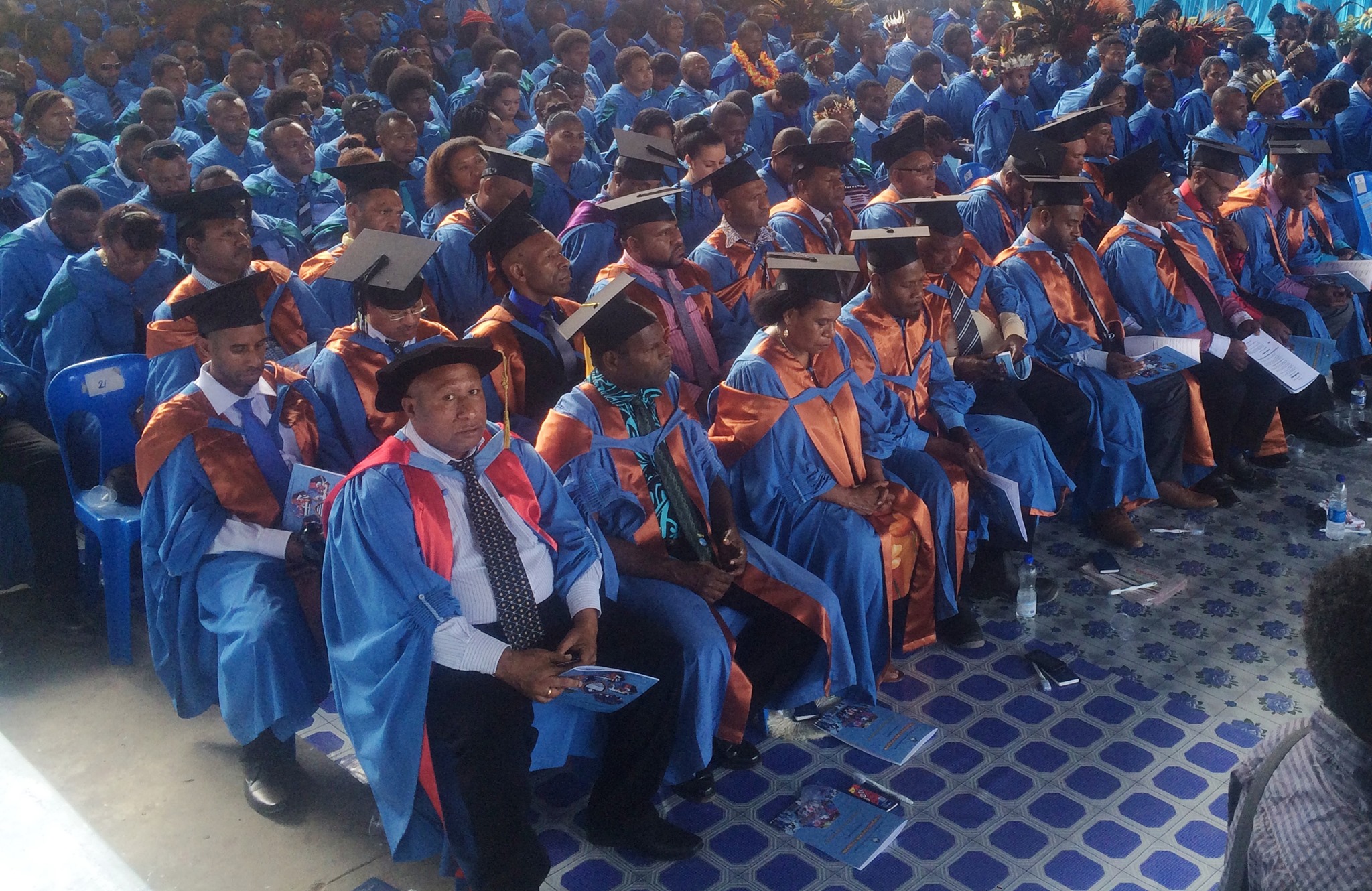 The University of Papua New Guinea Graduation list for 2020 will be made known next month following a UPNG council meeting which will take place on the 29th of August. 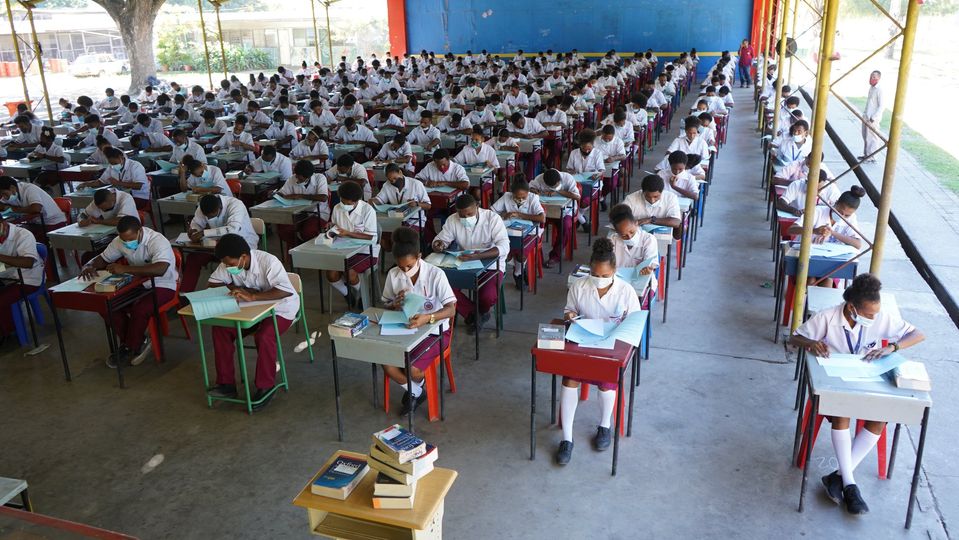 First day of classes see poor turn out of students as schools reopen after the 14 day lockdown.